Group Captive Power purchase mechanism is the one in which a person or group or persons set up a power plant for purchase of power from that plant for their own consumption. Such captive user(s) shall hold at least 26% of the ownership in the generating plant and consume not less than 51% of the electricity generated, on an annual basis, in proportion to their shares in ownership of the power plant within a variation not exceeding 10%. 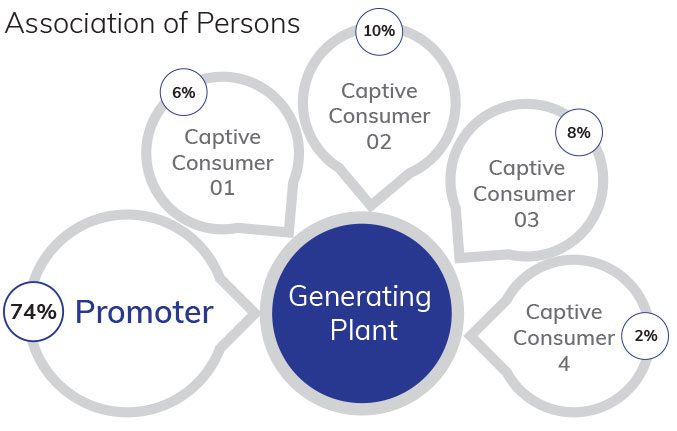 Steps to be followed for GCPP